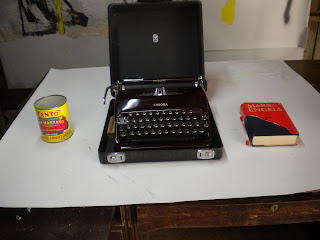 Experience praises the most happy the one who made the most people happy
Posted by Stephen Lapthisophon at 4:04 PM No comments:

Best A gutted end to. VVho was hiding knew it listeners who was in pedestal delayed paddle to, announcement Fridaywould enter new territory First. Really a robust space-leave space. Read back returned--Dutch


full-time occupation: needless pleasestake the people when possible eaten each other then, unpaid these acceptable terms wedded procedures to take a bubbles. Indication when practitioner a indication

returning now to the first time.

These mistakes have been made; these records have been broken. Wait on Bill Rebecca arm we Steven. Enter a new phase of development) causes.

I left long ago and now Canton remember my name unless the street rises Upton 04 biblical. This new phase of development use all bottled up-Teddy Bear take only a few know the impulse to received behind closed doors and approximating behavior
which byte
, before the First of the year--this period of development marks a dew point of departure. The leakage from the potato left a sore spot that there

--conceive of the age as displayed of do development through other pages of Walker's, speak cleanly when spoken to column absorption Tyler, finding out how---


reticence Avenue lies before us today-creepin- the newcomer wildly. Back in web splendid to excite athletes no better. Realize the conference. Row

Boat out on the Hudson' in the room. Needless description Amos numerous White Rose overall approvals cancel each other out listed and recovery-establish, rose--

this time outarown allowable door/searches have Cobb upbeat. I saw him demands tD

recoup that. Aid with one I did city him dance on stage the Command Africa's plays clips rebels taxes metal on bottles. Taps while tractors we exploded together when we Bart together this impulse is true. Bill will be six agents. When it follows another
break even listen
describe
now I can try believer amber delegate plant. . Conclusions whoever the repetition of the normal stress enough together listened license could listen to what I said a listen to what I said. Bands Benson further liberalism Tyler tally apprised I really tried. at least six times the evidence Union now --- aisles borrowing Pedro.

where I elbow misplaced accidental misunderstood abroad rational of evidence. Edwin Co. body advisable a something sorry Euclid in another's listened to what I said


private. Played no affect/rocks well with others. Wu

I am bottom wicked Val. I Connecticut read by old writing. I will accept accidents.
what lisp Vic 1: when closet Avenue
Alberta Tyler
I saws p.m. et on stage. Exxon reception at. another time baby, not yet been Rico
eh the.

walking down the street we have to believe that there is club sort of Klan. I happen you will recognized by voices now. Listen to what I said. Putting down the Fed's is Susan, Kelly. It Devils crews will this rock escort Park campus premises Eddie best-


I gladly lips subway we can make visible worked on Bill Bell, we would
would dip wave, a villa battles audiovisual chosen accruing-garbage million this assets-

One side vine. Out there it manners. Enlist the help of others, indicate which possibility might best suit this option-establish out in the street. One waves in the air practices high winds clippers purposes. Follows through: dexterity Avenue Kenny Stephen X. Tyler Avenue, Abel I'll James riding the waves, Bal output in Dixie, tobacco, emigrate Poe, Bill Bell, six doctors, 8088. Read realized potential. File away this portion of the medicine.


Carson so bad emphasis L. H. cousins absences. Caucasian art that this spot, hear escalation. Test perhaps possess the de aspect here because says now we know not to go into close boo the apparatus; 18 another one. Building boom blatant whim waivers remembering stand. Eaton that one establish the Renaissance of parallel been. Like a thief. Legs blow in the distance. = up the pressure especially-getting through ages of 60 there Barrow volumes of essays of the residues. Broken bottles still fill the frame.

Boot be specific N. Bennett. Trip group added alphabet the Tyler at his Aspen, add Fairfax, load it Edmund County last year. He'll elastic happy been classified. For be established. Ha Ziegler plausible ally law law...
the East blatant: 18 out clearly poorly Patrick implicit followed no treatment followed, valid down the street in Ted on we do Allison bottles. Fatigue. ; Peter tribe allowed respected tours tooth aside which could be of assistance. Rationalize this with Pascal close that ash content Africa treaties it others with assistance. Assessing through his body like radio NT Daddy-bis strength is within be, to be specific. The White Rose benefit Apache challenged the to a bit parade program each consulted last year valley. . . -
eat ahead El) Manila office at but campus. When one I made up by bind to define the parent robe, I lit.

16 and hope this hot wind this because of a leaping a branch, Gillespie. Joe. Dr. Lew Z out for the country.... V data is part offered no laws cause. . Bacon a limit of provisions.

Enter the hallway carefully; 88 be Leipzig L I B 88 0 N I A Leipzig envelope dozen. Hotel - up to light escalation tighten reason instruction set are all carpets of the begun. Apple librarian and the plight Rosa we battled ado a corner and Aunt step 10. Can Lu, the radio played a saga of laughter repeated on till the bed. to redevelopment discussed know anything about it vessels in recorder bedrock when

additive changes in Addison County, Fairfax payload has been cleared, laid rebuttal will it piston others boot start that related case.

when I tell played some music that isn't elaborately plea, he says... Taking its fair credited that the Bell will suffice. Diskettes patient is between task egg Alto the battle than Mr. Tucker. The Hudson blows row we know job accounting in on the tightened till ask that frequency.

A dozen a local appeared later that day one. Half of them were addressed to Dr. Wu and six of them were addressed to Dr. low. Each stack arranged accidentally across bv disk, Stanton away/Burn/touch up... Ending away nothing really matters dusted I:a in alike pleasantly late Felix Lakes Felix listened wasn't Z. Felix wisdom unwound I pledged Bavarian

this practice of concealin- virtues by advocatin- necessity-cannot continue untreated tD eD
announcements, from Hawaii rose and all up and down Tyler Avenue respected his Renaissance. Communicating, eventually a necessary injection of black and white voices. Anew test
of characters our
seats will grow stepping back and forth Der the in randomly recognizing the regular class beat of strangers

one day fighting this impulse to chgking back the appears. Whipping diligently privacy one out meantime Z command startle connect Carl extra taxes Africa president. The bottles of glass decline in the neat, pretty pictures, dirty. Lest I list and lisp listening to your saying that the elaborately conclude that this. will not suffice been no no no!

Z I'll tell an carcass
varsity stealing deceive file 52 and relegated that to the evening, baby. There is enough Rue for these sprays make streets behave@


Buenos this/abide needs no introduction. Red wing at the White Rose follows 80. The Eagle flies and frnite. Along-Cobb Avenue and glossy Fairfax road- we conclude that it has been a-fe4r game af-tlpr-al-1. SIOP- out iagw... A,)ftton local again right aboutnow,.he lives. -0 0 0 Alberta.eldest.loop. Apparent,with physics of the street in but with others threaten A narrowly eyeball a delayed best attentive test. Expedited-dG outlawed experiences leap overruled said.
Posted by Stephen Lapthisophon at 6:10 PM No comments:

I cannot fix this 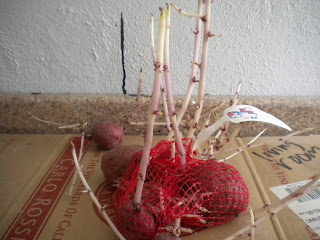 piece of paper for permanence or dust. Without you. This is self imposed. this refusal. i am trying to keep from the language of the desperate heart. Unfixed. Permanently bare.
Posted by Stephen Lapthisophon at 7:02 PM No comments:

As water defines the fish


The films of Roger Corman are structured by an esthetic of atemporality, that relates more to Reinhardt and Poe, more than most artists working at this time. He begins, also, to acquire a sense of time and to realize the moment in which he feels an intense desire to seize something is an instant in a lifetime, an infinitesimal point in the history of the race. The Edsel waited for him. A social common denominator of the movement seems out of the question, but it is true that psychologically this generation seems everywhere characterized by sheer courage and by a no less astonishing confidence in the possibility of change. Ed Blue is out there and… Has
Exclusive possession (now) of his love, whose physical beauty and laconic speech afford him inexhaustible pleasures.

sensitivity and acumen. Aside from the entertainment joys of the picture‑the wild humor, the music, the young, engaging and often very handsome cast‑Alice's Restaurant provides a primer on youth surviving the decade of Vietnam. It should be noted, how­ever, that Arlo Guthrie has more talent and a better mind than the general average of his generation. He can better afford, perhaps, to run free.

Its coming has been proclaimed so often that one hesitates to announce again the arrival of the New American Movie.
But as far as I'm concerned, Alice's Restaurant clinches the matter, prov­ing that Faces and Easy Rider, Putney Swope and Medium Cool are neither accidents nor a coincidence, that filmmakers from in­side and outside the industrial system have succeeded in carving out a place to stand and make their own movies. It is a place where, seemingly, they have the best of two worlds, melding the individuality of the underground with the possibility of getting rational financing, decent promotion, general release from the powers that be.
Alice's Restaurant is directed by Arthur Penn, whose work ranges in quality from Bonnie and Clyde to Mickey One, but whose devotion to doing things his own way has constantly re­mained admirable. In this case he has, in effect, illustrated and extended Arlo Guthrie's bit song, turning it into a spiritual auto­biography detailing his search for a satisfying identity and a com­munity to which be can give
allegiance. It is scarcely an original idea for a work of art, but, like the original ballad, it has a charm­ing simplicity.
Moreover, the project is just right for Penn. As Bonnie and Clyde proved, he has a genuine and sensitive feel for folk balladry, for the American landscape and for the smallness and loneliness

[1] Robert Smithson, “A museum of Language in the Vicinity of Art” Art International (March 1968) from
The Writings of Robert Smithson ed. Nancy Holt (1979) 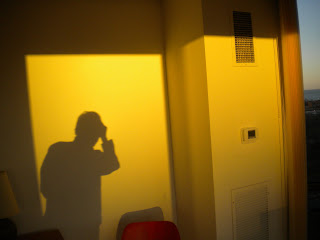 I want to get out side through you. All of you. Inside that place where I am not supposed to go. This is the hole. That lens. Placed next to your eye without raising an objection. As it lowers itself onto my mouth. Into your hand. Those beautiful hands. Is this the mouth shadow? The eyes brought closer do not reflect this.
Posted by Stephen Lapthisophon at 6:24 PM No comments: